Dedication of the auditorium at Riverside Township Hall in Riverside, Illinois to Judy Baar Topinka in 2017.

If you read Just Judy, A Citizen and Leader for Illinois, you would know that Illinois Constitutional Officers are sworn into office at a big ceremony at the Praire State Convention in Springfield, Illinois. Here are all the background documents for the 1995 ceremony when Judy became the first woman treasurer in Illinois history. Also, here is the video from her speech in 1995. It is funny just as described in the book. (Download the Inauguration Program) 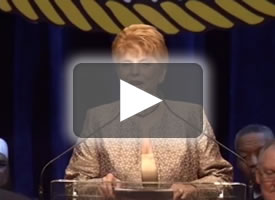 Judy’s speech as Illinois’ new Comptroller after returning from retirement to work for the people of Illinois. 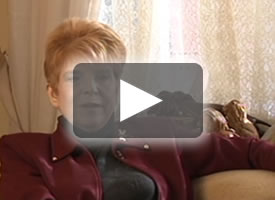 Judy loved her Czech and Slovak Heritage. Did you know the Czech Republic and the Slovak Republic celebrated the 100th Anniversary of a free Czechoslovakia at the end of World War I in 1919. You may find the attached publications of interest from the Czech Consulate in Chicago. Can you find Judy’s picture?