Judy Barr Topinka had a distinguished career in politics, serving as Illinois representative, senator, state treasurer and comptroller. She was often called “colorful” so it is fitting that a new book about her is colorfully designed, from the front cover, filled with items representing her life, to each page bordered in red and filled with photos. The book is a light, lively and living document of Topinka, which combines her biography and thoughts on leadership with activities teachers can use and questions students can discuss.

Read the rest at IllinoisTimes.com

Join me, Joseph Baar Topinka, at Moravian Day for stories that enlighten, energize, inform, and entertain from Just Judy, the new biography of Judy Baar Topinka, the trailblazing leader and champion of equality in Illinois. 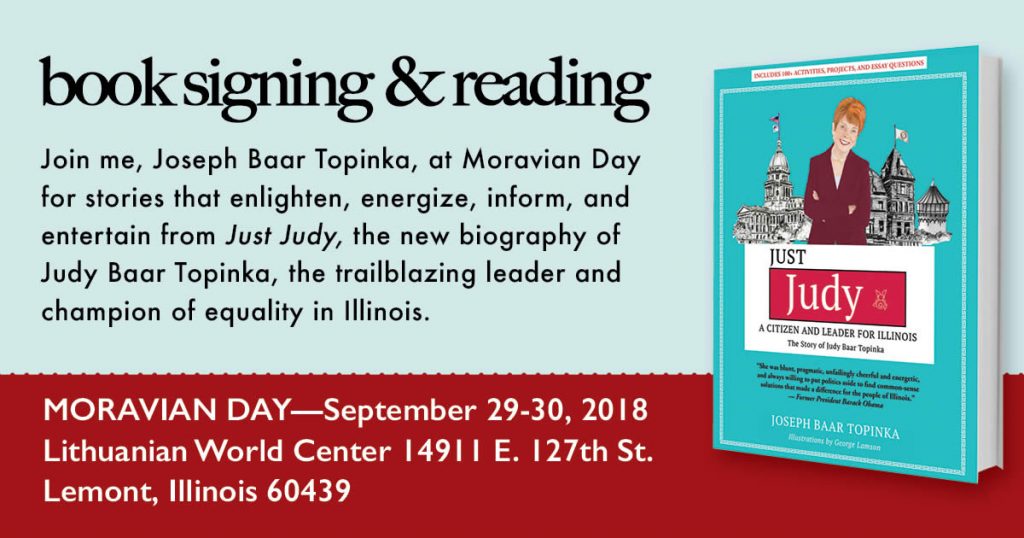 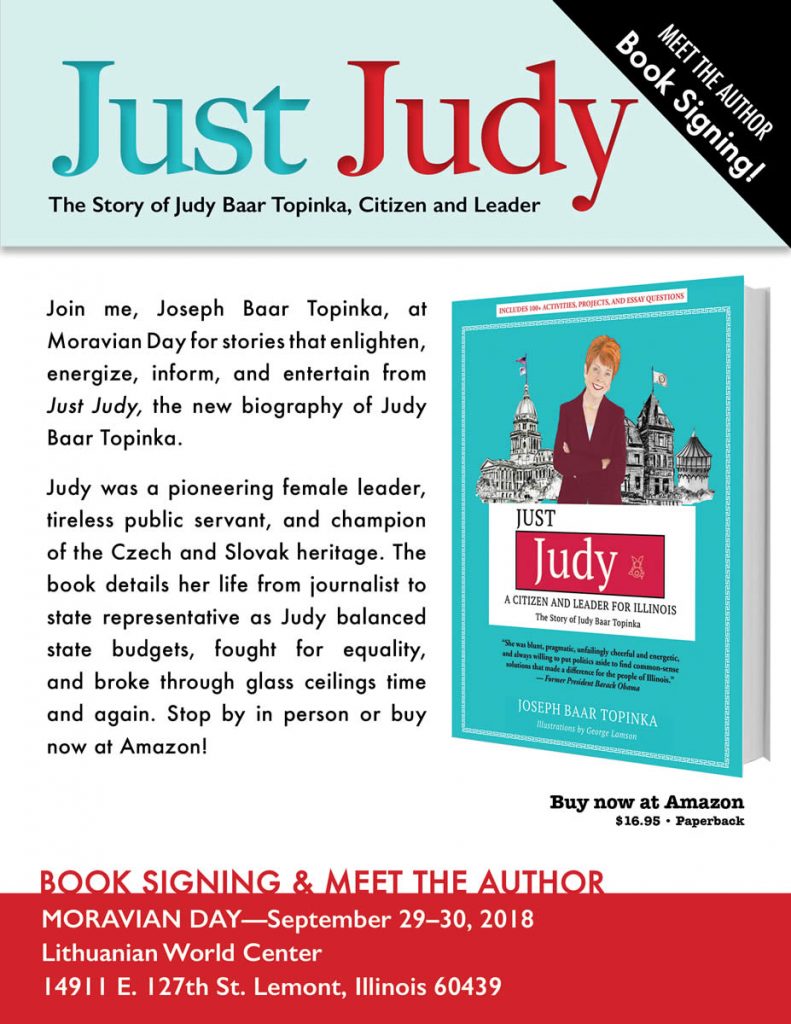 Join me, Joseph Baar Topinka, for stories that enlighten, energize, inform, and entertain from Just Judy, the new biography of Judy Baar Topinka.

Judy was a pioneering female leader, tireless public servant, and champion of the Czech and Slovak heritage. The book details her life from journalist to state representative as Judy balanced state budgets, fought for equality, and broke through glass ceilings time and again. Stop by in person on the dates below or buy now at Amazon! 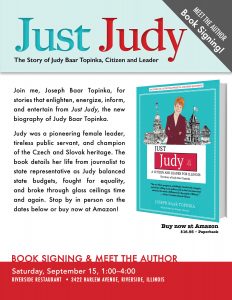 LATE ILLINOIS STATE TREASURER and comptroller Judy Baar Topinka loved estate sales. And if she saw something she thought might make a good gift for someone, she bought it. When her son, Joseph, discovered the Israel poster in the photo above among her possessions, he knew it belonged at JUF. In July, Joseph presented it to JUF President Steven B. Nasatir, who fondly remembered Judy as “a true friend of Israel and the Jewish people.” Among several examples were her purchases of Israel Bonds for the state.

She also was an increasingly rare type of leader, Nasatir said, eager to engage people of all backgrounds and willing to work with members on both sides of the aisle to make the state and its residents better. Many instances of those efforts are detailed in Joseph’s young-adult civics text and biography about his mother, Just Judy: A Citizen and Leader for Illinois. 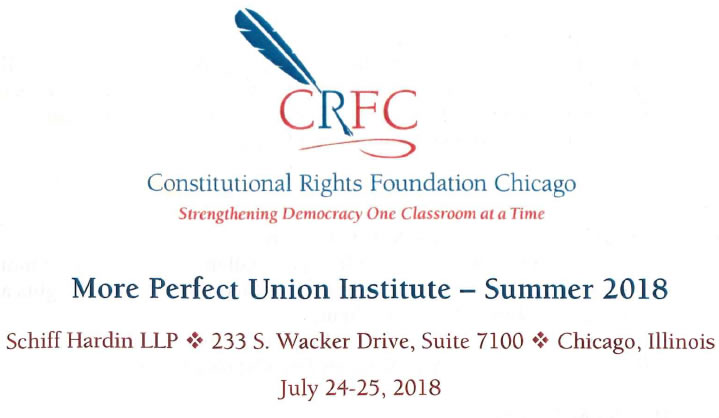 I was fortunate to be invited to give a presentation at the Constitutional Rights Foundation Chicago event about the book, Just Judy, A Citizen and Leader for Illinois on Wednesday, July 25, 2018.

Joseph Baar Topinka joined Shalom Klein on his weekly radio show, Get Down To Business, to discuss “Just Judy” and the legacy of Judy Baar Topinka.